Bitcoin Is Now As Good As Gold, Actually It’s Better 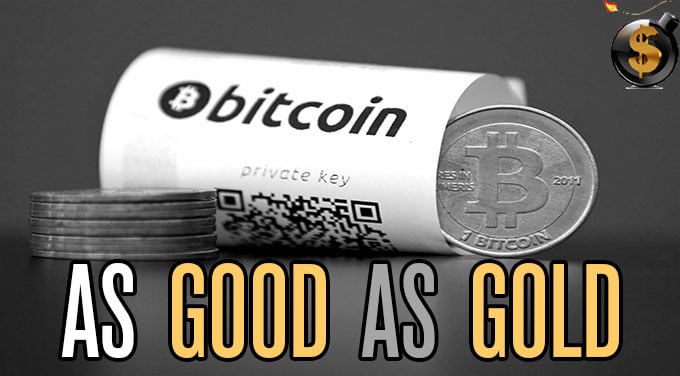 It wasn’t too long after I discovered bitcoin in 2011, trading at $3, that I became one of its biggest promoters.

I have even said on several different occasions, that if bitcoin reaches its ultimate potential it will be worth more than $1 million in today’s US dollar terms. Of course, if it did, we wouldn’t be talking about the price of bitcoin in dollars because dollars likely wouldn’t exist anymore.

We’ve still got a long way to go until we reach that kind of valuation for bitcoin, but yesterday we did hit a major milestone.